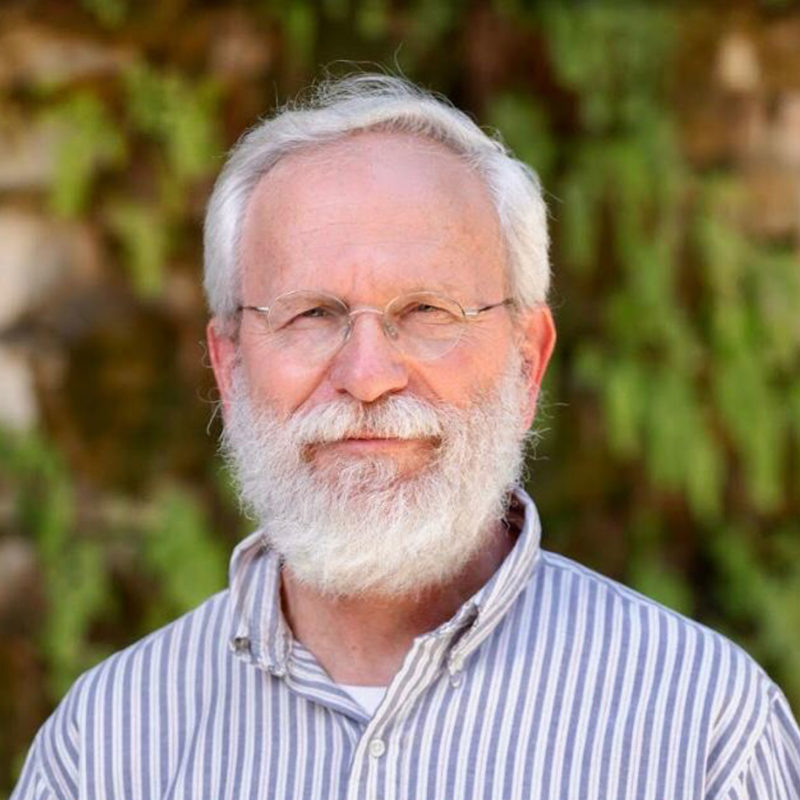 Avinoam Rosenak is the Mandel Professor of Jewish Education at the Hebrew University. He is a prominent scholar of modern Jewish thought with a focus on the connection between theology and politics, the philosophy of Jewish Law (Halakha) and the philosophy of Jewish education. He teaches in the department of Jewish Education and in the department of Jewish Thought at the Hebrew University where he previously served as head of department. Today he is also the director of the Philosophy of Jewish education track at the Melton Centre for Jewish Education in the Seymour Fox School of Education at the Hebrew University.  Avinoam is a senior research fellow at the Van Leer Institute and in the past has been a researcher at the Israel Democracy Institute where he co-directed the Jewish thought and Human Rights program. Avinoam has written 6 books, he has edited 12 and has published more than 100 articles.  In Sia’h Shalom in addition to directing the overall vision of the organization and participating in the facilitation of leadership groups, Avinoam is responsible for our scholarship programs and publications. Avinoam lives in Jerusalem. He is married to Bitya. The have four children and grandchildren.   Contact Avinoam at Avinoam@TalkingPeace.org.il 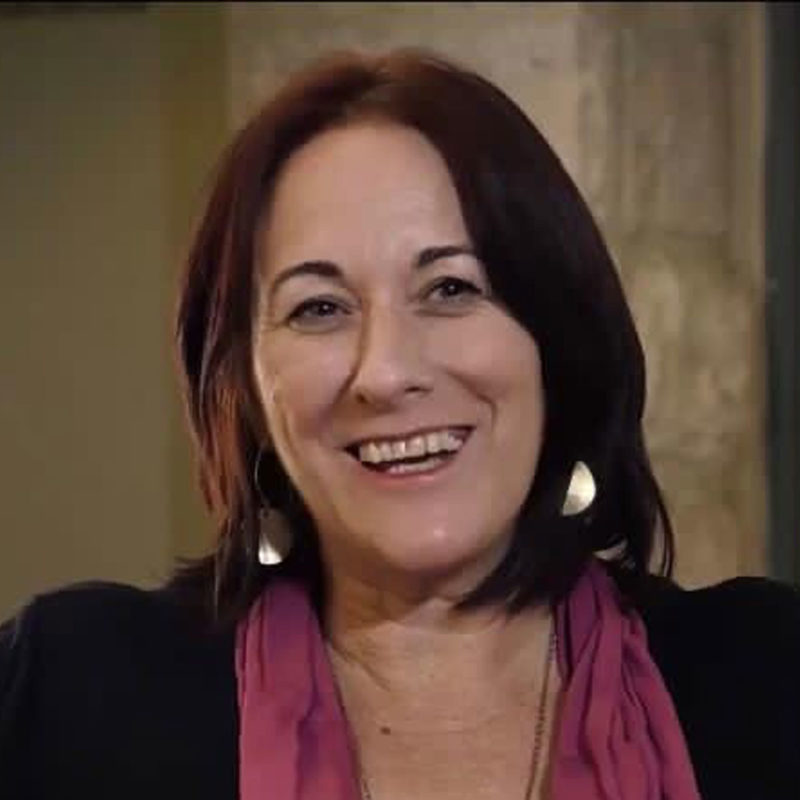 Sharon Leshem Zinger is one of Israel’s foremost group dynamic facilitators with 30 years of experience working with conflict groups inside Israel and between Israelis and Palestinians. Her unique approach to facilitation fuses elements from psychodrama, Jewish spirituality, and group dynamics to create a broadly inclusive experience that enables people of radically different backgrounds and beliefs to engage deeply with one another. She has written and published numerous articles and has won awards for her pioneering work in the field. She founded and directed a training school for facilitators at Collot BaNegev on the campus of Sapir College and taught for ten years in the department of Conflict Resolution and Management at Ben Gurion University in Beersheba. In Sia’h Shalom, in addition to directing the overall vision of the organization and facilitating leadership groups and others, Sharon is responsible for developing modes of facilitation, training and supervision of facilitators. Sharon is a member of Kibbutz Urim in the Western Negev (near the border with Gaza). She is married to Haggai, and they have two daughters. Contact Sharon at Sharon@TalkingPeace.org.il 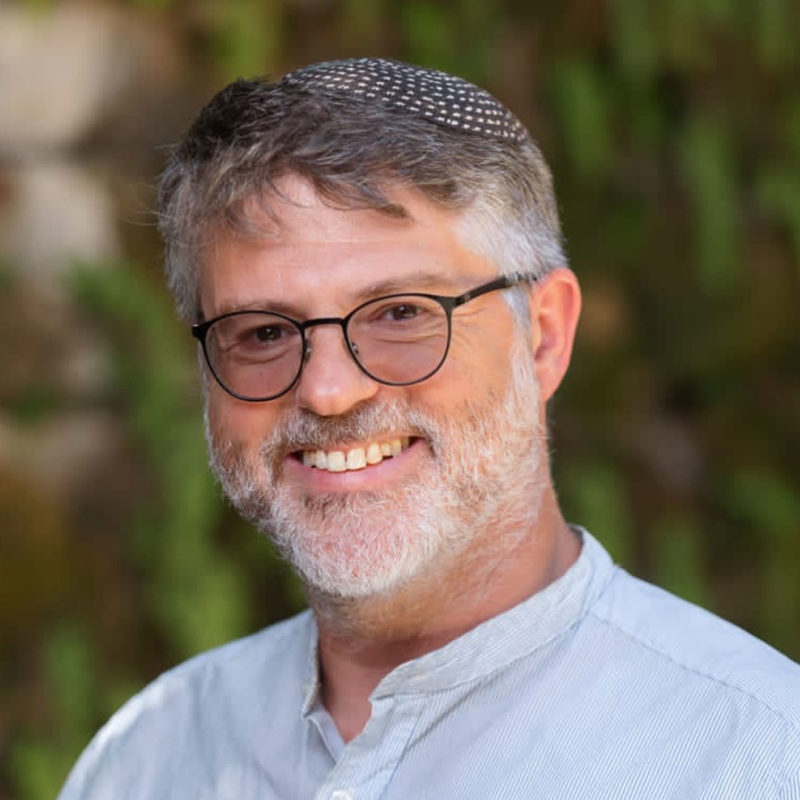 Dr. Alick Isaacs was born in Scotland, grew up in England and settled in Israel in 1986. He lectures at the Hebrew University and in the past has taught at Haifa and Bar Ilan Universities. He was formerly a scholar and program director at the Hartman Institute and is a graduate of the Mandel Jerusalem Fellows Program. He has published books and articles on religion, peace, and conflict resolution with an emphasis on the philosophical and theological differences between western and Jewish thought. In Sia’h Shalom in addition to directing the overall vision of the organization and participating in the facilitation of leadership groups, Alick is responsible for fundraising, international, and local networking, and the establishment of groups. Alick lives in Jerusalem. He is married to Shuli. They have five children and grandchildren. Contact Alick at Alick@TalkingPeace.org.il 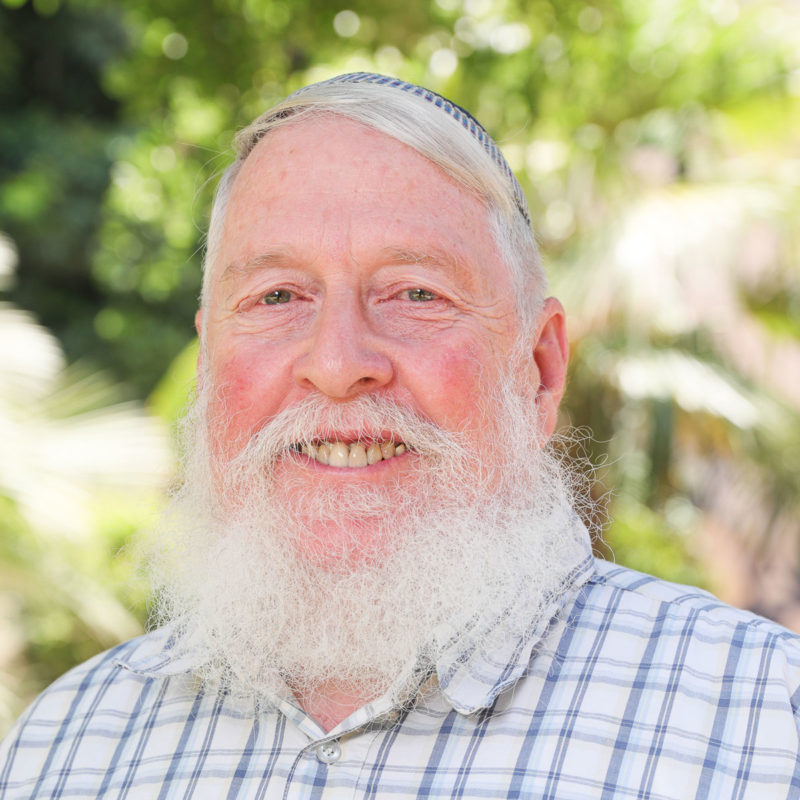 Rabbi Rubenstein immigrated to Israel in 2002 after a long career as an educator and community Rabbi in South Africa. Before making aliya, Yitzchak was the Director of the South African Board of Jewish Education running eight Jewish Day Schools in Johannesburg.  He brings his extensive experience to Sia’h Shalom, where he is Administrative and Financial Director responsible for logistics and financial management. Contact Yitzchak at Yitzchak@TalkingPeace.org.il 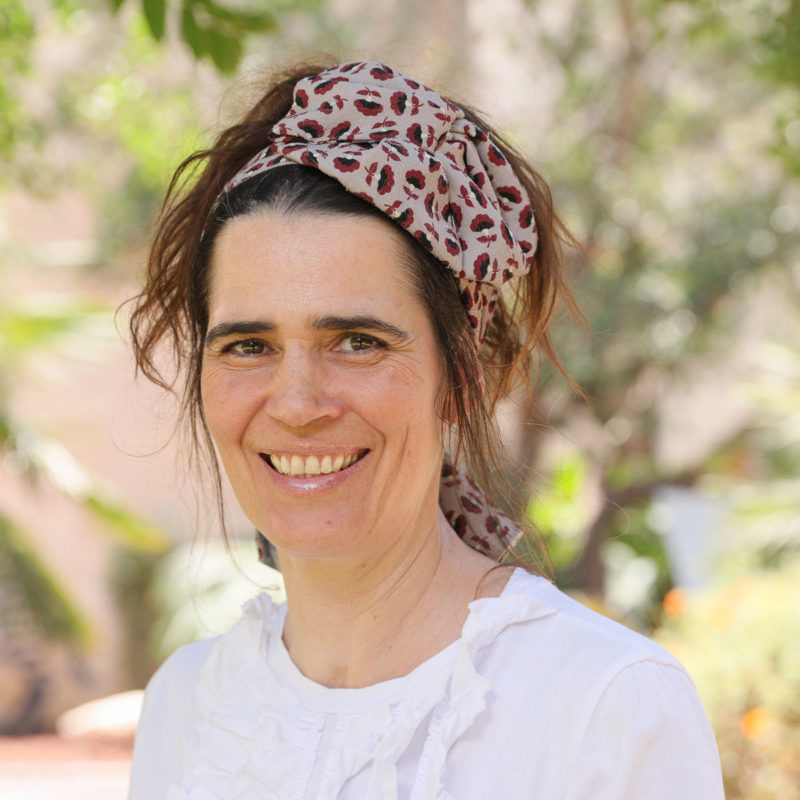 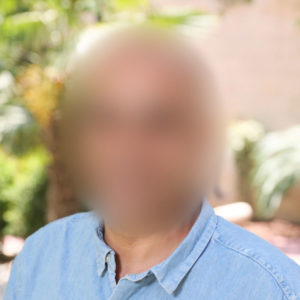 Our Palestinian Coordinator is a peace activist and facilitator specializing in conflict resolution and dialogue that leads to a a just Israeli/Palestinian peace. He holds certificates in coaching and conflict resolution and has been working in the area of multinational dialogue for decades, participating in local and international conferences in the field. He lives in Bethlehem. In Sia'h Shalom he is responsible for coordinating our Palestinian groups and facilitators. 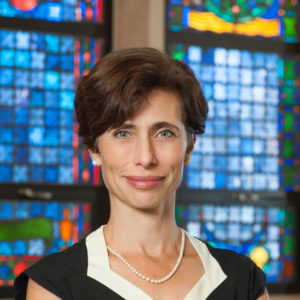 Rabbi Tara Feldman is Senior Rabbi of Temple Beth-El of Great Neck and is a volunteer supporter of Sia'h Shalom. Contact Tara at Tara@TalkingPeace.org.il 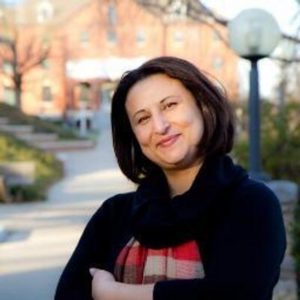 Huda Abuarquob - is the regional director of the Alliance for Middle East Peace (ALLMEP), a network of more than 100 civil society organizations working in conflict transformation, development, and coexistence in the Middle East among Palestinians, Israelis, Arabs, and Jews. She has years of experience in conflict transformation, NGO leadership, and social change education and activism, as well as a life-long commitment to building strong people-to-people relations across conflicts. She has long been an active leader in grassroots Palestinian and Israeli initiatives focused on Feminist Inclusive Political Activism (FIPA) and track two diplomacy. She is a well-known speaker on issues related to Middle East politics and the Israeli-Palestinian conflict, narratives of competing victimhood and narratives of liberation.

Jonny Ariel is an educator who has been researching, designing, and delivering educational experiences for 35 years on four continents. He is currently writing about learning to become a cosmopolitan patriot.

Sarah Eliash - is a senior educator, former high school principal and political activist. She lives in the settlement of Kedumim and is one of the prominent leaders of the Religious Zionist Community. She is a facilitator and a prominent voice for peace in the settler community. 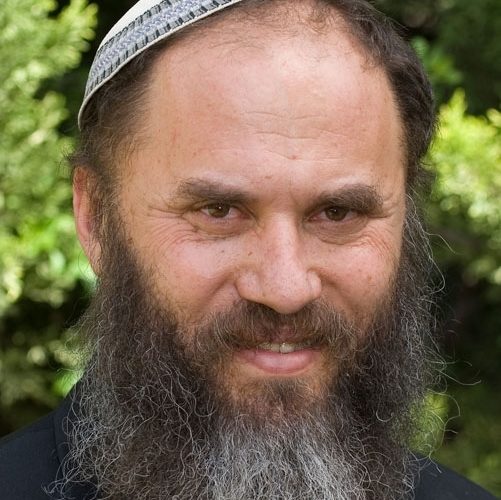 Rabbi Re’em Hakohen - is one of the Rosh Yeshivas of Yeshivat Otniel and is the Rabbi of the Settlement Otniel. He has published multiple works of Jewish thought and Jewish law and is one of the outspoken leaders of the Religious Zionist community. 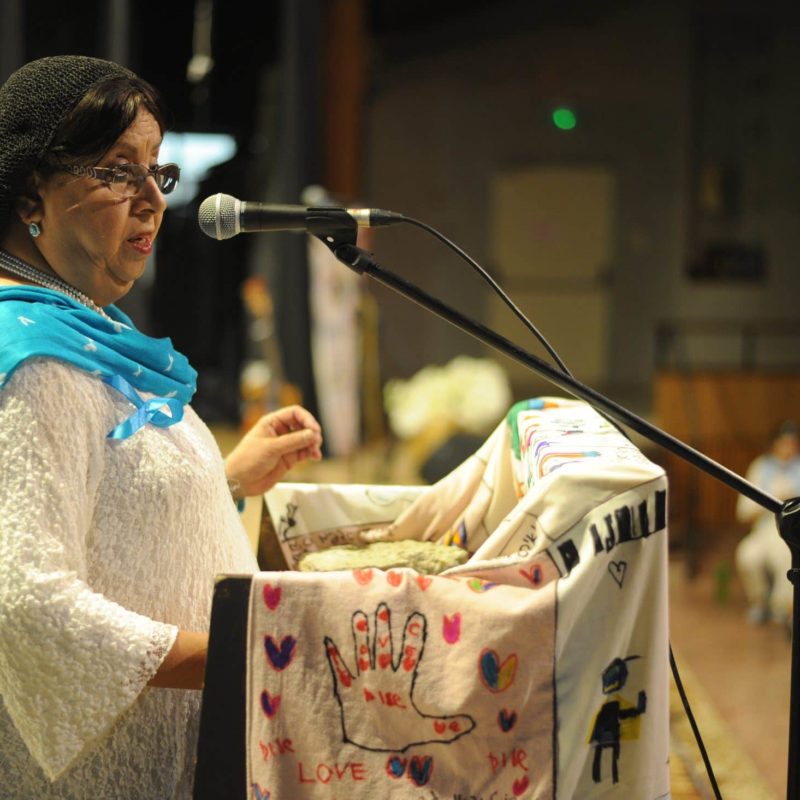 Dr. Rihab Al Halim - has a PhD in the Philosophy of Education. She founded an educational village that integrates children with special needs into mainstream schooling dealing with ages 3-21. She developed the educational philosophy of the “point of light” which is studied worldwide. She is an organizational consultant, a lecturer and a facilitator. Dr. Al Halim is a leading voice for peace in the Israeli Arab community, a religious Muslim and a believer in the values of peace and human dignity. She is committed to the pursuit of peace based on humanist values, human rights and equality for all people of all religions and nations. 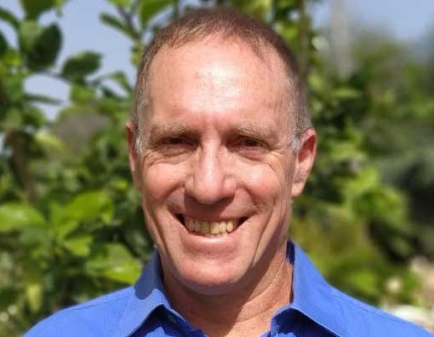 Dr. Kopelowitz is a sociologist whose expertise is in Jewish education, community, and issues of collective Jewish identity. He is the CEO of Research Success Technologies, a company that specializes in research and evaluation for Jewish organizations and has published widely in areas that touch on Jewish identity, education, and peoplehood. Dr. Kopelowitz lives in Kibbutz Hannaton, Israel. 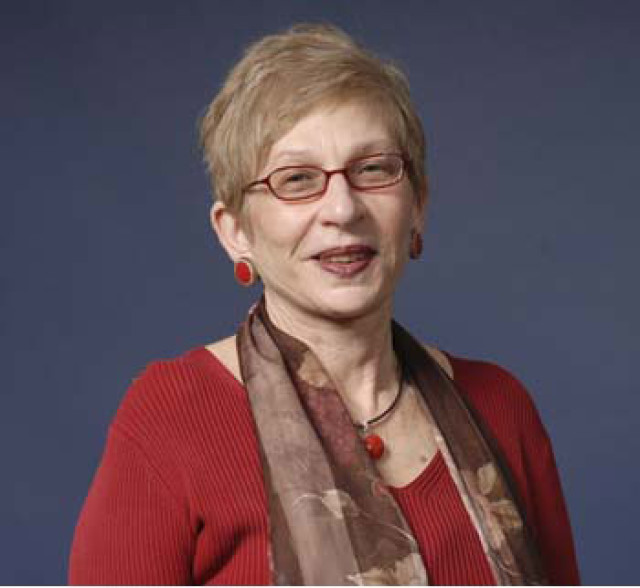 Prof. Shifra Sagy - is professor emerita of psychology in the Department of Education at Ben Gurion University of the Negev in Israel (BGU) and currently a member of the Israeli Council of Higher Education. She is a former chair of the Department of Education and founding director of the multidisciplinary graduate program on conflict management and resolution. She is currently the head of the Martin Springer Center of Conflict Studies at BGU.